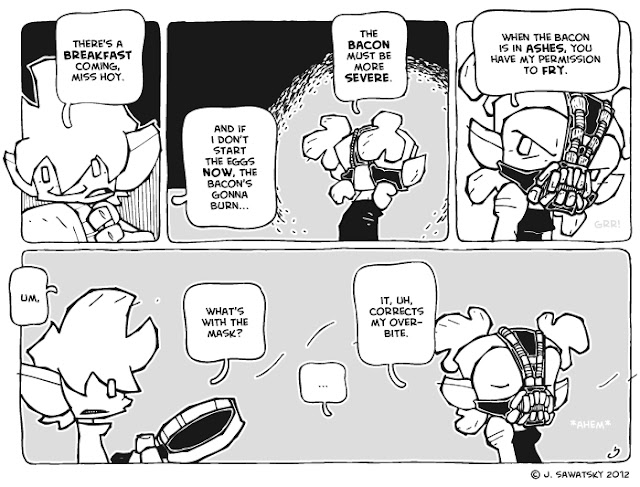 Dentistry in Garden is aided by the mouth-numbing acaithesia berry, which is both highly-toxic and foul-tasting. Dentists call them the greatest boon to the practice since doorknobs and string. Click comic to enlarge.


I think it's safe to assume I enjoyed "The Dark Knight Rises." Although I felt that the Batman character himself took a back seat to the story, I only noticed that long after viewing. I was too enamoured with Joseph Gordon Levitt. I mean Anne Hathaway. Ahem.

This comic is just a fun diversion. "Bake Fear" will resume later this week.

I posted a cool sketch of Bane-Kinna on Tumblr last week. If you'd followed me already, I wouldn't have had to tell you that.
Posted by Jeremiah Dogsbreath at 07:06